Jim Thorpe, a member of the Sac and Fox Nation, became the first Native American to win an Olympic gold medal when he won the decathlon and pentathlon in 1912 in Stockholm. Jim Thorpe, stripped of his 1912 gold medals because he'd been paid to play minor league baseball, was reinstated  as the sole winner of that year's Olympic decathlon and pentathlon by the International Olympic Committee. 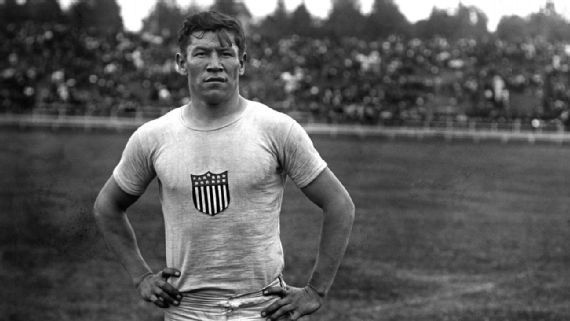 Thorpe, voted the greatest athlete of the first half of the 20th century by The Associated Press, won the decathlon and pentathlon at the Stockholm Olympics. However, because he had played minor league baseball in 1909-10 -- earning a reported $2 per game to $35 per week -- he was stripped of the medals in 1913 for violating the existing amateurism rules. The Amateur Athletic Union in the United States withdrew Thorpe's amateur status, and the IOC unanimously stripped Thorpe for being a professional.

The decision has been controversial ever since, especially to Native American communities. Thorpe was a member of the Sac and Fox Nation, and was the first Native American to win a gold medal.

After years of lobbying, the IOC Executive Committee reinstated Thorpe in October 1982, but said he was the co-champion with Hugo Wieslander (decathlon) and Ferdinand Bie (pentathlon). On Thursday, he was restored as the sole champion.

The 2022 Nominees have been announced. Public voting is currently closed. Our 20th Annual Awards Show is Scheduled for November 19th, 2022. We have 15 NEW music video categories and 25 Album categories. Congratulations to all the nominees. Stay posted for upcoming information! Please Stay Safe and Healthy! Keep voting!

More Details To Be Announced

LISTEN TO ALL NOMINATED MUSIC AT 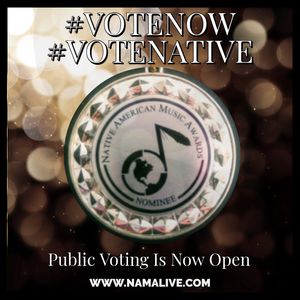 Thank you for your support! Nominees have been announced and public voting was open to the general public. Winners will be announced on November 19, 2022.

Plus Watch Our Award Winning Videos

“Native America is a culture and a people deeply stemmed and intertwined in music since the onset of their existence.  We have a song for every aspect of life; ceremonials, sports and dance to courting, birth and death. We have survived incredible oppression and challenges. Today, we celebrate our survival through music and dance."